Camus seeks a principle of existence in the revolt of man against the condition of life, which is one of the essential dimensions of mankind. A man rebels when he refuses to submit to conditions that he considers or when he is confusedly convinced that his position is justified. But as stated repeatedly, revolt has no meaning outside society. The spirit of rebellion gains intensity when the individual is convinced of the absurdity of his existence. In absurdity experience, suffering is individual and this feeling is shared with all men and the entire human race suffers from the division between itself and the rest of the world. sometimes this feeling of strangeness leads to suicide or murder. Rather than suffering limitations, the unhappy self chooses the dark victory which annihilates world.

Eric Fromm clarifies the reasons behind such hostile attitudes among individuals:

Life has inner dynamism of its own. It tends to grow, to be  expressed, to be lived.     When this tendency is thwarted, the energy directed towards life undergoes a process of decomposition and changes into energies directed towards destruction.

This is what happens in the disturbed mind of Maya, the protagonist of Cry the Peacock. Maya’s psychic disintegration instigates her to hurl Gautama down the terrace to his death. 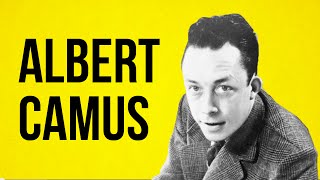