On Sundays, I try to remind myself that I am a true christian and make it a point to attend the holy mass at the local roman catholic church. Last Sabbath, I was strong enough to put my epicurean lifestyle aside and ventured to participate in the collective prayers offered to God, which never failed to calm my nerves and fill me with peace. As I was on the threshold of God’s altar, bells pealed sending a delightful shiver down my spine. It was significant for me to find a seat in the church from where I could see the digital screen clearly without any heads or parts of human bodies blocking my vision as not knowing the prayers I relied heavily on the display screen. I  felt compelled to recite the prayers in God’s presence and was fervently engaged with it when I was distracted by two Vietnamese looking boys aged 5 and 6 playing a game on their parent’s mobile phone with their backs to the parish priest sermonizing at the altar.

I was, at  once, critical of the mother who put in all that effort to wake up early, get the children showered and changed and bring all the three offspring to church on time to inculcate spiritual values in them from a very young age. The purpose was clearly defeated as the boys were not paying any heed to what was happening in the church for they had withdrawn themselves in to a world of entertainment which was far from piety. I was critical because she had chosen the easy way out. By giving them a piece of technology, she shirked her responsibility of instilling the right values in the children as any effort to discipline them in the church before an inquisitive audience would have been challenging if they had resisted her or continued to be persistently disobedient. The mobile device, which she regarded as a blessing in disguise, a necessary evil, has clearly established its supremacy even in the spiritual realm. 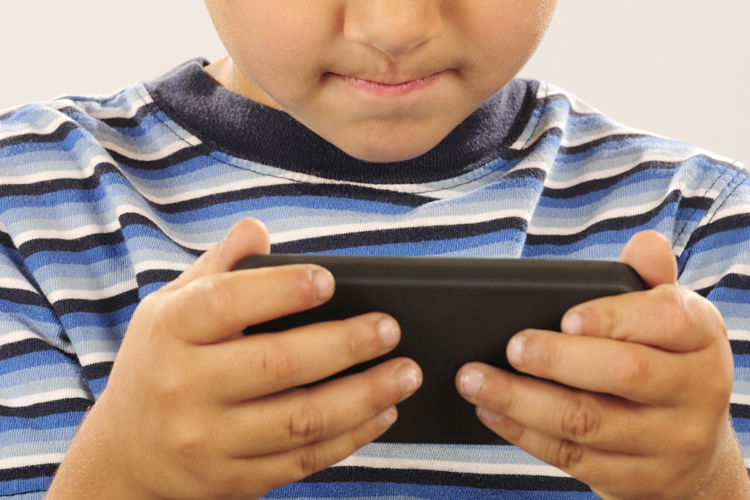