We are all poets according to William Wordsworth’s definition of poetry, which is “the spontaneous overflow of powerful feelings that takes its origin in emotions recollected in tranquility.” Before I include few poems (which may appear to most as amateur attempts) in today’s blog, let me remind you that we all reminisce about experiences past or present in solitude. My humble efforts may not be accompaniments to musical instruments like the spoken word poems; may not equal Percy Bysshe Shelley’s ‘Ode to the West Wind’ or stir emotions within the reader like the line, “I fall upon the thorns of life! I bleed! but I can vouch that these depict my powerful feelings during emotional turmoils which I had penned later on in serenity. Spare me the rod of criticism as it is human to err.

A subject more complex than any
Freudian theory,
A tight rope to tread, a tug of war;
A drain on our emotions and our wallets;
A streak of rebellion and defiance;

Until they emerge from their cocoon of identity crisis,
tempered, triumphant and transformed beyond recognition,
Harbouring many dreams, ambitions and passions
ready to soar to any heights. 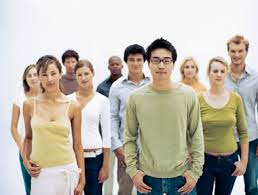 A slave to the art of manipulation?
A sacrificial lamb at the altar of mediocrity?
A concept warped by power mongers?
A word lost to posterity in the modern wasteland?
A phenomenon to sociologists, philosophers and poets?
An extinct conception connoted in encyclopaedias?

A renaissance revival. An existential angst.
A sea change expedient for the resurrection of a dead society.

THE CURRY TEACHER – A Sonnet

Misplaced, mismanaged and misinterpreted,
Scandalised, slanderised and scrutinised with suspicion
Labelled “boisterous, volatile and unprofessional”
The curry teacher wades through rascist slurs and jibes
battling against conformity to make a difference.
Leadership roles, QTF, Programming and doctoral degree
Could not purge ‘ the curry’ off the Australian citizen.

EEO (Equal employment opportunity), is it a farce?
Or was Orwell right in stating, “All men are equal,
yet some men are more equal than others”?
Walking in the righteous path with head held high
Challenging stereotypes, “but you are Indian…”
The curry teacher storms to the classroom with a passion
to shape and mould tomorrows citizens.