Learned scholars may have different ideas to share with the general public. I have a few theories of my own. Religion was created by man to restore order in a chaotic society where survival of the fittest was the norm. Brute force always won in such a society. Things, belongings and women were snatched away from ordinary man who was not strong enough to protect or resist when they were forcefully taken away from him. The intellectually strong or dominant decided that it was time to instill fear in the hearts of men. As they no longer feared each other, except on the basis of strength, the wise had to seek the assistance of the supernatural. God was created, and the people were compelled to believe that fear of God is the beginning of wisdom. Order was restored, peace reigned, and people were happy. And so, religion thrived and flourished.

Religion is definitely man-made. If God Almighty had addressed human beings in person and told them to follow a particular religion, then irrespective of the geographical location, race or colour all men, women and children would be practising one religion and there would be only one place of worship throughout the world. However, we all know that is not the case. We have major religions and variants from those religions practised in different parts of the world and for each religion we have varied architectural edifices as places of worship bearing characteristics of the region or country in which it is built, different days of celebrations or feasts, diverse traditions, customs, rituals, clothes etc.  This is due to the simple fact that religion is the brainchild of man and is influenced by the myriad thoughts and ideas of people scattered throughout the world. Hence the diversified names of gods and goddesses.

The significance of religion has not diminished in the 21st century; on the other hand, it has been handed down from generation to generation with few time bound changes by wise people who desired that their children and posterity continue to lead a life of righteousness. If we all understand this universal truth, fanaticism would not exist and would seem to most as an outdated concept. The crux of religion is to lead a lawful, harmonious and fruitful life. Let’s toast to religion and its diversity. 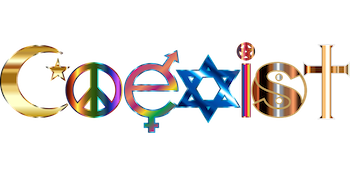 One thought on “Is Religion man-made?”