“If you love your country you should have stayed back and served your people.”

Innumerable people settled in foreign countries would have heard the above mentioned declarative statement at some point in their lives. Recently, during a heated argument about which country (country of origin or the country where one acquires citizenship by birth or by stay) was the best between my offspring and I, this statement was flung at me as a final shot by my son to emerge victorious in the argument. In deafeningly loud voice, I retorted that I did not migrate to Australia without serving my country or  my people. I had worked, both as a secondary school teacher and as a lecturer in English, for six and a half years in the education industry unlike others who leave their homeland immediately after obtaining educational qualifications in search of greener pastures.

This emotional outburst was followed by speculations about the real meaning of patriotism. Is it impossible to be patriotic if you have migrated? If it was impossible why do I find it difficult to choose sides or support the Australian cricket team when Indian cricket team is versing the former? Why do I feel it is important to defend my country of origin’s honour when belittling remarks are made about the country or Indians? Why do I unconsciously list the achievements of Indians and try to place the country of my origin on the pedestal of glory each time an individual tries to underestimate the skills and abilities of Indians? Why do I relish Indian cuisine in Australia with such gusto? Surely there is more than one way of showing ones love for ones country.

People who are settled abroad, like me, might have a different nationality owing to their citizenship status but their cultural background is still Indian or the culture of the place from where they have come. Patriotism does not mean that one has to face hostile forces on hostile battlefields; it means, “devotion to and vigorous support for one’s country” as defined by the dictionaries. Even though I am an Australian, I always support my country in different ways. I cannot be regarded as a traitor because I have migrated to another country. It is not enough for smart and talented young people to showcase their talents in their own country. The world would be unaware of the fact that in each country there are skilled and talented people who could match global standards in no matter what industry.

Writers, actors, beauties etc., who have gained international acclaim, have put themselves out there in different fields to be recognised by the world.  People of Indian descent like Satya Narayan Nadella, CEO of Microsoft, Sundar Pichai, CEO of Google Inc., Sabeer Bhatia who cofounded the webmail company, Hotmail.com etc have carved a niche for themselves in the field of technology. These gentlemen of Indian descent, though settled in foreign countries, have uplifted the image of India besides creating a name for themselves and achieving material prosperity. I have never shied away from acknowledging my Indian background or from exerting myself in different creative fields. Isn’t earning recognition for ones country a sign of patriotism? 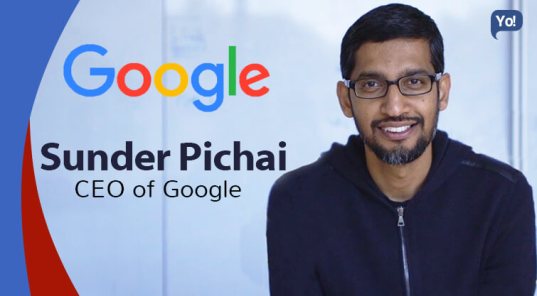