The word shapeshifting used to amuse me as memories of scenes from movies like ‘Sky High’ came flooding to my mind where in the superhero or sidekick had a superpower, which enabled them to change or shift or metamorphize into another being, creature, animal or human etc. My place of origin had equipped me with knowledge about Hindu mythological stories, of which I remember a specific one that has connections with shapeshifting. Sage Gautama Maharishi was married to a beautiful young woman named Ahilya whom God Indra fancied. One dawn, when the Maharishi left for the river to cleanse, meditate and offer prayers to gods, God Indra disguised himself as the sage and entered their home where he made advances towards Ahilya, who was later on branded as an adulteress for having intercourse with Indra even though she had seen through the disguise. As a child, the complication in the story was more interesting to me than the moral or meaning behind it. The concept of shapeshifting is not unfamiliar to children as this has been used in fairy tales such as ‘Cinderella’ and ‘Beauty and the Beast’ where the protagonists and/or other minor characters are transformed from one form into the other. 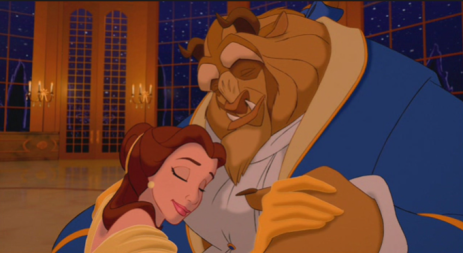 One of my explorations on the worldwide web caused me to stumble on an interesting concept called performance shapeshifting which was offered as a course by the founder of a shapeshifting institute in America named Rhonda McFarland who used it as an extension of hypnotherapy to transform people into believing that they were capable of unachievable things. Celebrities, politicians, sportsmen, business men, orators, leaders etc., have benefited from the course as they have had success in shapeshifting the thoughts of their audience by persuading them to believe what they were selling to them. Shapeshifting has been and is still being used by magicians, illusionists and by psychiatrists or psychoanalysts to cause a sensational transformation in their clients. Although I have never been able to comprehend how saying, ‘Today you’re my microphone’ or ‘Today the tip of my hair would turn blonde’ is impacting anyone forcefully. Unless, it enables the speaker to generate a positive energy, which is reflective of their inner transformation.

What re-sparked an interest in the topic is the vast amount of material available on the internet about reptilian shapeshifters.

The innumerable number of videos available on the countless webpages or apps is shapeshifting us to believe that the illuminati and the beast worshippers are capable of metamorphosis. However, most of the videos show the eyes of the subject becoming reptilian, which could very well be the outcome of an inbuilt feature of the lens they are wearing, like the ones worn by the cast of ‘Twilight’. Celebrities and the renowned have been caught shapeshifting on camera in front of a live audience as per the claims of YouTube uploaders. Whether it is a cheap trick for a staggering viewership or the result of an expensive software like the one used in the last few seconds of Michael Jackson’s ‘Black or White’ song video is a mystery that remains to be solved.

I cannot say with conviction that consuming the venom of reptiles is a popular practice nowadays. If it is a fast spreading trend, it is probably due to the belief that the venom of reptiles empowers one with the ability to regenerate, to be immortal or perpetually youthful. This could then mean that we are surrounded by shapeshifters whether we are conscious of them or not. However, I can affirm that if aliens were to invade the Earth, whether to conquer or to study human beings, they would assume the human form not only to avoid detection but also because they possess superior intelligence.