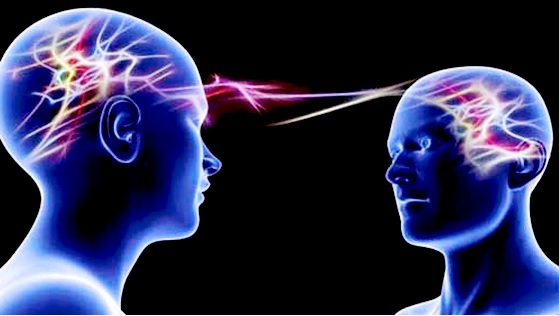 Have you seen people communicating with computers? Have you wondered why people who are in your vicinity suddenly start arguing with a mysterious entity or resume a conversation influenced by the invisible other? Have you seen them, then, control the urges to respond to the anonymous other for fear of being mistaken to be a schizophrenic patient or one suffering from some sort of mental illness?

I have witnessed such spectacles and I find myself communicating to people without having to operate anything or doing anything out of the ordinary like some “under the control” freak. If I had not put my research skills to extensive use, I would have begun to believe, like so many confused others, that something is wrong with me. I had to resolve the issue of voices meant only for my ear and that travelled with me wherever I went. I researched about Nano technology mind control chip, RIFD implant and then stumbled accidentally on interfaces.

Dictionary defines interface as “a device or program enabling a user to communicate with a computer.” Computing defines interface as a shared boundary through which information is exchanged across two separate components of a computer system. The exchange of information is not only possible between software, hardware but also between humans and sometimes a combination of these. While my comprehension of certain hitherto unknown concepts improved, certain experiences I was going through required further explanation. My browsing sessions exposed me to BCI or Brain Computer Interfaces. I have not yet touched upon the ethical issues revolving around people’s ability to communicate with each other and hackers trying to control our minds.

I am beginning to understand the advantages and disadvantages of Brain Computer Interfaces; the advantages being assisting disabled people to use their hands or any other part of the body or people suffering from paralysis, Parkinson’s disease etc. One could easily guess what a major disadvantage is – a breach of privacy law; other issues besides this would be technical issues, weak signals etc. Elon Musk is the man whose name is associated with the merger of the human brain with Artificial intelligence or computers.

We have all become cyborgs, according to experts on the subject, because of the ways in which we interact with machines and technology and the effects objects and technology have on humans. With Brain Computer Interface, it is possible to control the movements of a cyborg. Call it science fiction or not, scientists or technologists have proved that they can control the movements and actions of a cockroach via a human brain by merging the technologies of BCI and cyborg. While there is an ongoing debate about this invasive approach, which though not regarded as harmful, is still very interfering and controlling and makes it impossible for a person to be individualistic and in charge of his/her life. Is this modern terrorism? Are we hostages in our own spaces?