When the world was on the brink of a brand new year 2000, I planned my first overseas trip to Singapore. The extra-ordinariness of the trip hailed from few novel ventures such as my first flight journey. My actions, behaviour and hilarious facial expressions, when I fought giddiness and temporary deafness with the taking off of Indian Airlines, betrayed the fact that I was a novice to my co-passenger.  He struck a friendly conversation to minimize the trauma that I was undergoing at that moment and years later when I saw the scene in ‘English Vinglish’ movie where Sridevi’s anxiety and stress, owing to her first flight journey, was reduced by a dynamic, understanding and caring elderly gentleman with high levels of imagination, I could relate to the relief that washed over her face. The only difference was that my co-passenger did not go to the extent of translating an English movie with animated expressions and sound effects. He was with me until I picked my bags up from the conveyor belt. Even though it was a four-hour journey,  it seemed a lifetime to me and was relieved to be received by my partner when I exited the gates.

The culture of the place was new, the openness and innocence of the people around me was refreshing and the crowds that moved in organised and structured patterns, which was very different to the highly populated and overcrowded country that I was used to, impressed me. There was magic in the air, mystery in everything that was unexplored, the convenience of technology and comforts of public transport was heavily relied upon during my forty-five days stay at Singapore. The hawker centers beneath  high raise apartments or flats with a variety of delicious, aromatic and spicy/tangy food for reasonable prices became an addiction. I mustered up the courage to explore the city on my own using the maps and became increasingly confident with my newly found navigational skills. Weekends were spent in the company of my partner who took me on sight seeing trips to picturesque locales and monumental edifices, which I tried to capture on camera. 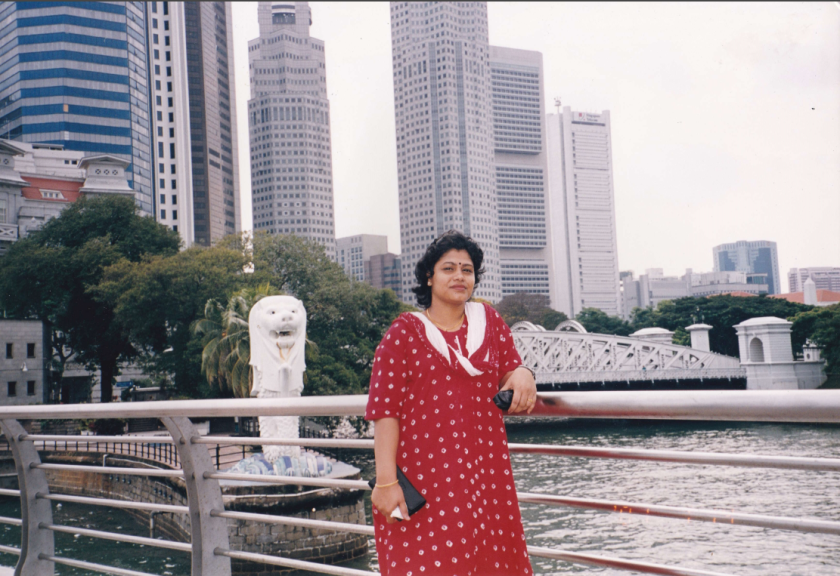 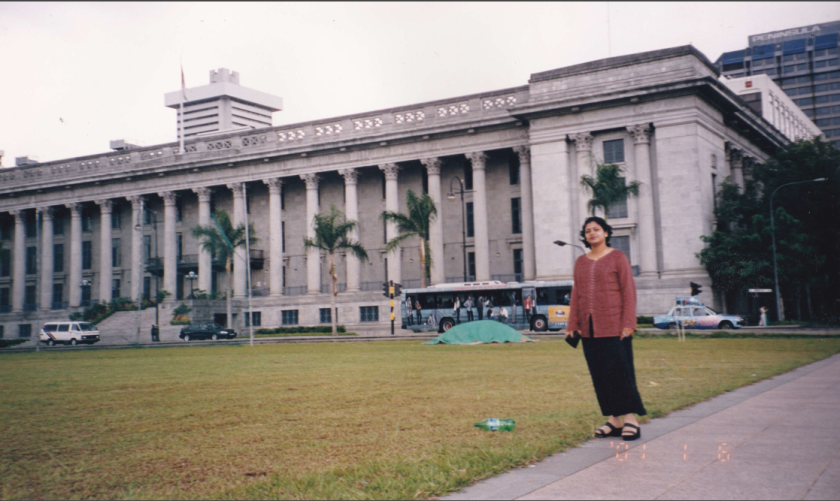 I witnessed the birth of 2000 and was dazzled by the spectacular display of lights and red Chinese hanging lanterns decking the streets of Little India and the iconic Mustafa Shopping complex.  On reflection, I realised that the place had its irresistible charm for me as I had not visited it before.